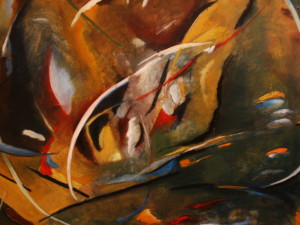 All of existence, from a shaman’s point of view, is subdivided into three spaces: Lower, Middle, and Upper Worlds. The Middle World is where we live, and it comprises the entire Universe. The Middle World has two aspects: ordinary reality and non-ordinary reality. Both are free will zones, inhabited by seemingly unlimited entities, ranging from those who have only their self-interest at heart to those who work for the betterment and improvement of all.

The Lower and Upper Worlds only exist in non-ordinary reality. These are safe zones, filled only with compassionate spirits. Entities met in these zones will always have something to teach that will assist one’s evolution in a positive way.

The Lower World tends to be inhabited by animal, plant, and mineral spirits. The Upper World tends to be inhabited by ethereal entities which often present themselves in humanoid form. But just about any type of spirit may be met in either world, including those never seen or known about in Middle World ordinary reality. As both Lower and Upper Worlds are filled with compassionate spirits, there is not a hierarchy of one world being any “better” than the other.

Painting by Sarah Finlay –
“The Universe within the Cave”

The interview took place live on Christina Pratt's "Why Shamanism Now?" internet radio show on January 18, 2011. Listen to the recording of the hour long program in which we speak extensively on Gateways of the Dragon.
Click here.